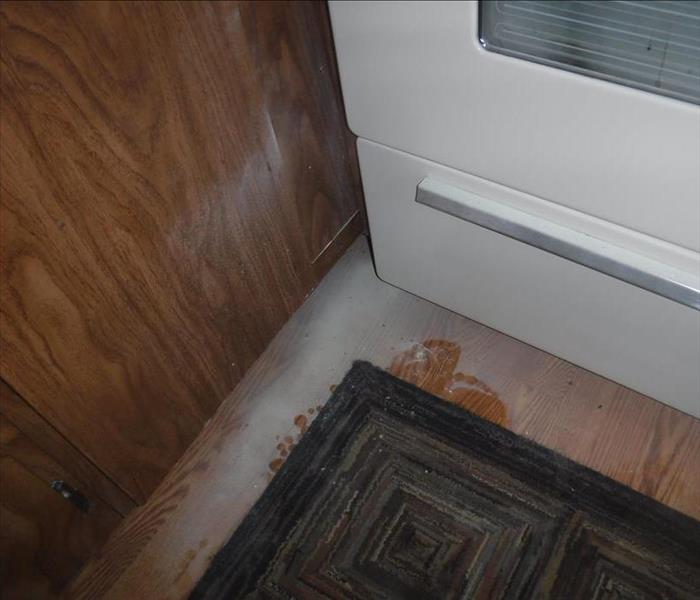 Besides the possible smoke and soot damage that comes from a fire, there is also the residue left over from the fire extinguisher.

This set of photos is from a stove fire that the occupant was lucky enough to catch early on. They had used a fire extinguisher early enough to not cause any damage to the structure, but it had left a white powdery substance throughout the structure.

In the first photo you can see a thick layer of the residue on the floor next to the stove. We had our technicians come in to the structure and do a thorough cleaning to remove it.

The second photo shows a shiny clean floor with none of the residue left over.